Anatomy of The Argan Fruit & Its Socioeconomic Impact 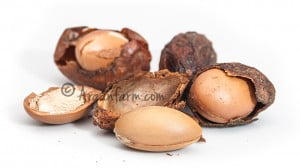 The different stages of extracting the Argan kernels from the Argan fruit.

The Argan fruit is oval-shaped and a little bigger than an olive. The outer layer of the Argan nut is a thick peel that covers the green fleshy pulp.

Its middle layer is an extremely hard shell preserving the last inner layer which may contain up to 3 almond-shaped Argania Spinosa kernels used for making the 100% pure Argan oil.

The Argan fruit fall from tree in the months of July and August.

The ripening process of the Argan fruit changes its color and feel from the olive-like green fleshy fruit into yellow, then finally into a reddish dark brown dry fruit, and takes between 1 & 2 weeks in time, depending on the weather.

After that, the Argan nut becomes useable and can be processed to extract the Argan oil aka Argania Spinosa oil.

Today, the intensive commitment of the Argan oil production and sale through the women-run cooperatives, has a noticeable socioeconomic impact on a big part of the population (estimated to around 3 million people) living in the main Argan oil-producing areas.

It provides the major source of a fair and steady income mostly for local women working in the traditional Argan oil cooperatives. 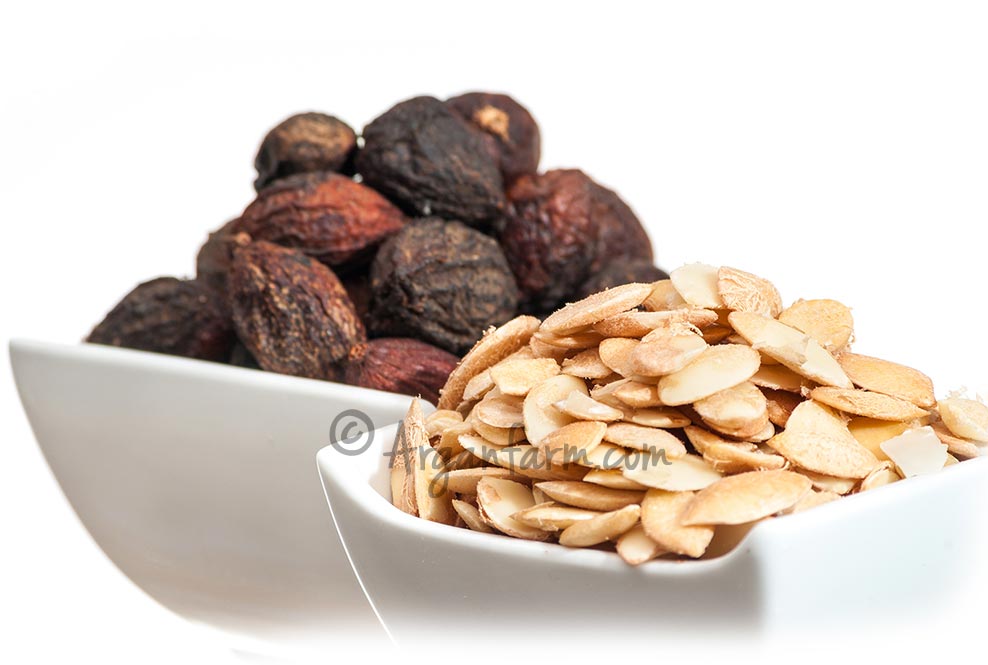 Extracted Argan kernels size as opposed to the size of the dried Argan fruits (in the background).

This site uses Akismet to reduce spam. Learn how your comment data is processed.